Grizelda Grootboom is a survivor-turned-activist committed to supporting survivors of the sex trade who seek to exit and rehabilitate themselves.

Grizelda moved from Cape Town to Johannesburg at the age of 18 to start a new life. She was trafficked on arrival in Yeoville, tied in a room for two weeks and forced to work as a sex slave. What followed was a life of living hand-to mouth, from one street corner to another, being pimped and using a variety of drugs to help numb her hardships.

Grizelda eventually managed to exit a life of forced prostitution and rebuild her life around traveling the country raising awareness of the rights of those who are trapped in the sex slave trade in an effort to keep countless young women safe.

Grizelda’s first book Exit!, published in 2016 by Jacana Media, is a painfully honest book about being a victim of human trafficking, rape and drug abuse. The book was nominated for a SALA in 2016 and in 2017 was nominated as book of the year in the Southern African Region.

In 2016 Grizelda was invited to address the UN General Assembly. Her address contributed to a global plan to combat trafficking. In 2017 she was invited to speak at the Women Front in Norway that focused on the sex-industry and sexual violence against Women.

It is my dream to make sure women’s rights are recognized and no girl child gets exposed to sexual exploitation, drug abuse and human trafficking.

Grizelda is the founder of the Survivor Exit Foundation which aims to create awareness of the injustices of the sex slave industry.

She is currently working to spread awareness of sexual violence and human trafficking across the country in an effort to protect vulnerable young women from going through what she has so bravely overcome. 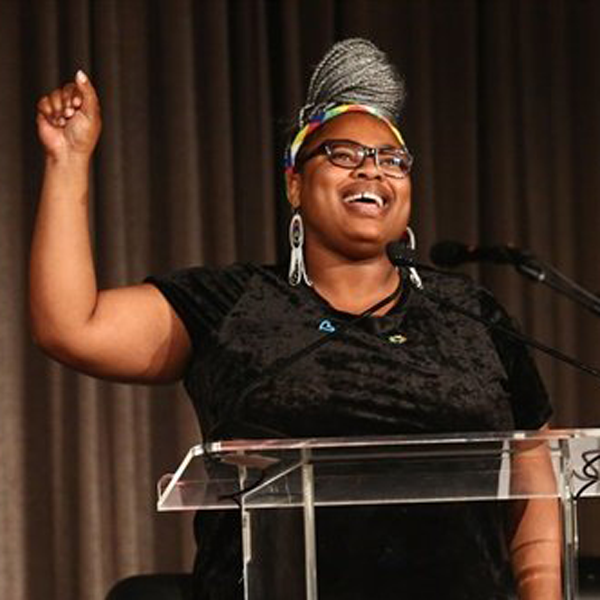