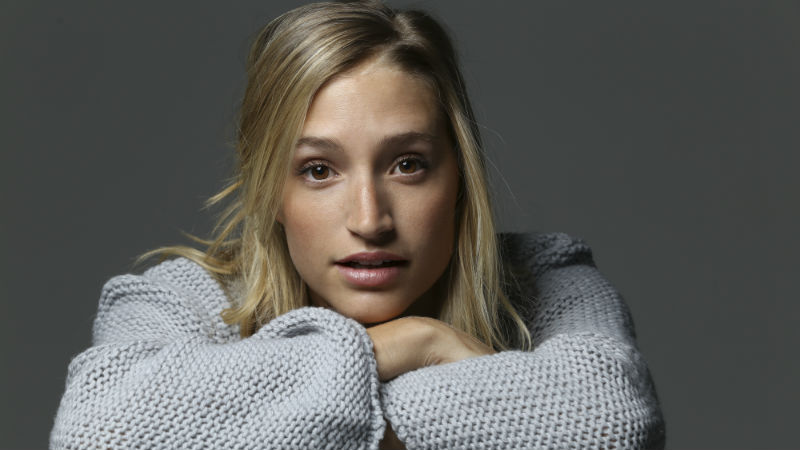 We have interviewed beautiful actress and Women For Change Ambassador Ashleigh van der Hoven, who played the lead role in ‘Cut-Out Girls’ directed by Nicola Hanekom. ‘Cut-Out Girls’ is inspired by the #MeToo movement and is a film about date rape aimed at creating social change which has been released in November 2019 in South Africa.

To me being a woman is about being able to use my inner-strength to nurture this world and move through it with grace – whatever that may look like. It is about being inclusive and I am really challenging myself to meet every person with compassion. As a woman I want people to feel safe and contribute to that aspect of society.

Why did you join us as an Women For Change Ambassador?

I have always been passionate about women’s issues. I really feel awareness is key to sparking change, to get people to think about our role in society differently. Obviously, Gender Based Violence is top of the list and as a woman in South Africa, I feel it is my duty to raise as much awareness about it as possible and to get people opening up and talking. Women For Change is the perfect channel for this and I am so grateful for the opportunity to show up for women in South Africa in this way.

Where to begin. I feel as though two things are going on.

1. I feel we need a better justice system because the current one is failing us.
2. A psychic change in society that honors and respects life, especially women and children. Our country is torn up by violence and there is a severe lack of care, love and respect for one another. I know we are capable of so much more.

Society is failing women and girls and we are under attack. The perceptions out there about woman, the hate towards them, all of it. It needs to change. People desperately need to start thinking differently before they start acting differently and I believe this starts with awareness and conversation and a movement like this does just that.

From a very young age, I watched society around me and I picked up the narrative that being a woman meant weakness. I was at times disappointed and ashamed to be a woman and have worked a lot in my adult life to realize how being a woman is actually powerful. That said, I have been the victim of countless cases of sexual harassment incidences. Although I haven’t been assaulted, moving through society makes it very hard for me to feel safe, be the open friendly person I am, to be a kind person and to not feel as though I have to live with this burden that almost always leads to me being exploited, taken advantage of, or violated in some way.  I don’t want this to be my narrative, I don’t want to live as though I have a target on my back but I am struggling to see it any other way right now. And my case isn’t even that bad.